The sun came out today, so we cut our first nettle hay crop of the season. 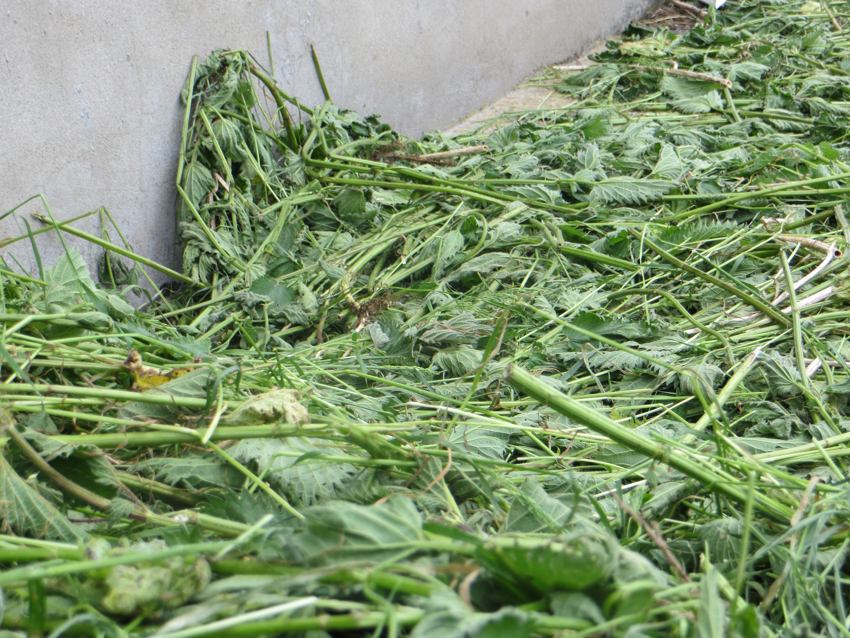 We give it to our cattle as a winter supplement, and they love it. Clearly, they know what’ s good for them, as nettles are a source of an astonishing range of nutrients including: vitamin A, vitamin B1 (thiamine), B2 (riboflavin), B3 (niacin), B5 (panothenic acid), vitamin C, vitamin D, vitamin K, vitamin E. chlorophyll, potassium, calcium, mangaan, acetycholine, serotonine, sulphur, iron, selenium, magnesium, chromium and zinc. Phew. 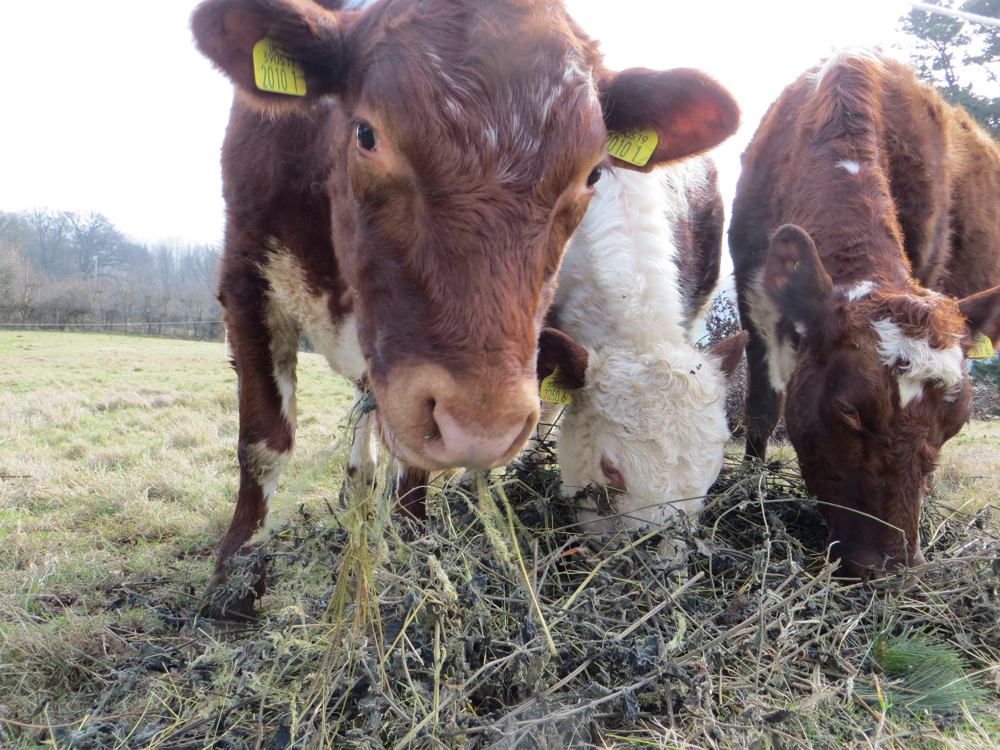 In times past, feudal tenants were required to pay part of their annual tithe in nettles. The fibres can be used to make cloth, rope and paper. If you’re feeling brave, a bit of self-flagellation with a bunch of nettles is reputed to relieve the symptoms of arthritis. Taken internally as a tea or brewed into wine, the leaves are folk remedy for hay fever.

In case that’s put you in the mood, here’s a recipe for nettle soup. Feel free to adjust the quantities, I do.

Two cupped handfuls of loosely packed, young nettle tops (you don’t have to use your hands, obviously!)

Heat the oil in a pan and add the onions. Cook slowly on a low heat until they are transparent, and starting to caramelise. Throw in the diced carrot, celery and potato. Put the lid on the pan and leave to sweat for around 15/20 minutes or until they have softened up. The slower you do these first steps, the tastier it will be. Pour on the stock and bring up to the boil. Throw in your nettle leaves and push them below the surface of the liquid. Immediately remove from the heat* and put through a blender (or use a stick blender right away). Return to the pan and season with salt and pepper to taste. Serve immediately.

*Doing this will create an amazing bright green soup that is guaranteed to put a smile on your face. However, it will still taste good if the nettles cook a little bit longer and lose some of their colour.